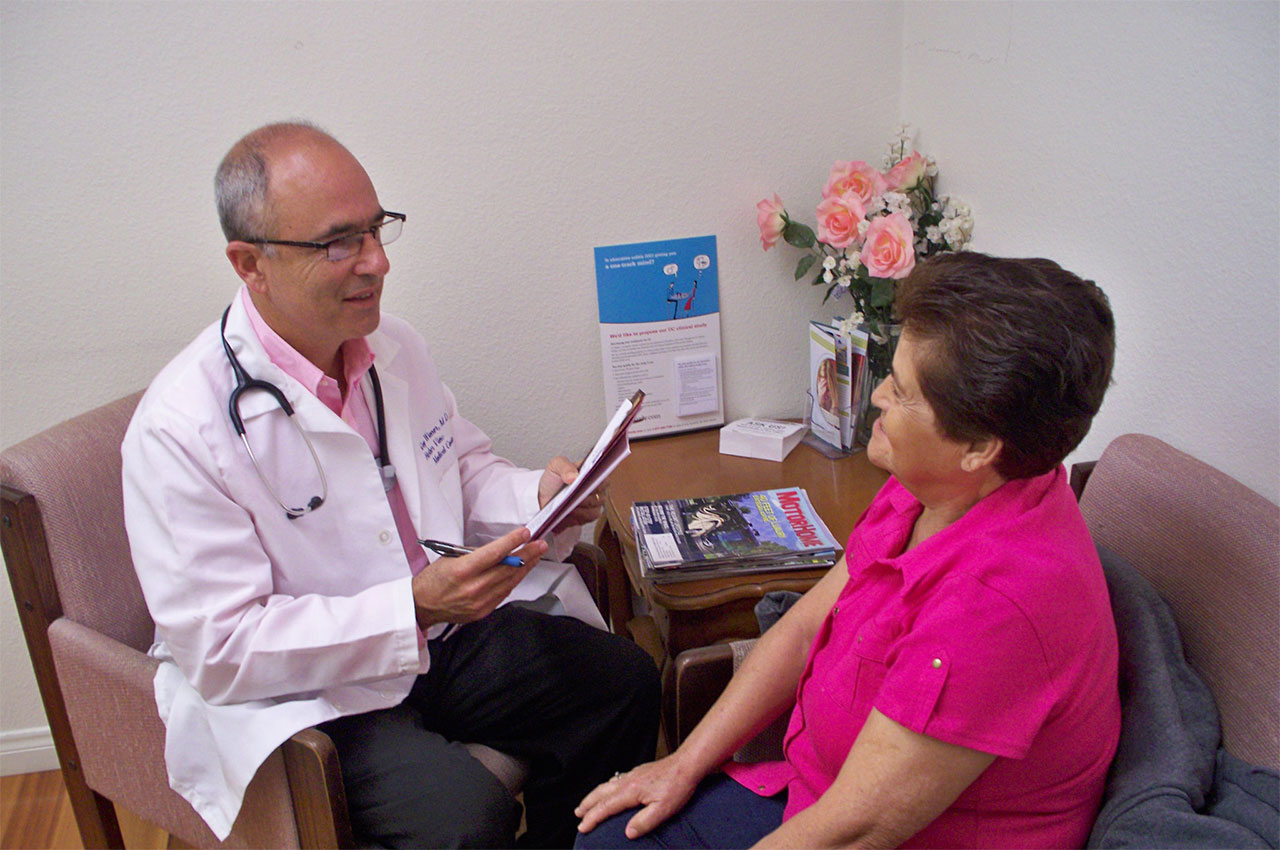 Most people don’t like to talk about it, but having a gastrointestinal problem is common.

There’s no need to suffer in silence. Here’s a top-to-bottom look at nine of the most prevalent digestive conditions, their symptoms, and the most effective treatments available. If you suspect you could have one of these issues, don’t delay in speaking with your doctor.

When stomach acid backs up into your esophagus — a condition called acid reflux — you may feel a burning pain in the middle of your chest. It often occurs after meals or at night, says Neville Bamji, MD, a clinical instructor of medicine at the Icahn School of Medicine at Mount Sinai and a gastroenterologist with New York Gastroenterology Associates.

Gallstones are hard deposits that form in your gallbladder — a small, pear-shaped sack that stores and secretes bile for digestion. More than 25 million people in the United States have gallstones, with nearly one million new cases of gallstone disease diagnosed every year — approximately one-quarter of which require treatment, according to the American Gastroenterological Association. Gallstones can form when there’s too much cholesterol or waste in your bile, or if your gallbladder doesn’t empty properly.

When gallstones block the ducts leading from your gallbladder to your intestines, they can cause sharp pain in your upper-right abdomen. Medications sometimes dissolve gallstones, but if that doesn’t work, the next step is surgery to remove the gallbladder.

An estimated 1 in 133 Americans have celiac disease, according to Beyond Celiac, formerly the National Foundation for Celiac Awareness. The group also estimates that 83 percent of people who have celiac disease don’t know they have it or have been misdiagnosed with a different condition.

Celiac disease is a serious sensitivity to gluten, which is a protein found in wheat, rye, and barley. Eat gluten, and your immune system goes on the attack: It damages your villi, the finger-like protrusions in your small intestines that help you absorb nutrients from the foods you eat. Symptoms of celiac disease in children include abdominal pain and bloating, diarrhea, constipation, vomiting, and weight loss. Symptoms in adults can also include anemia, fatigue, bone loss, depression, and seizures.

Yet some people may not have any symptoms. The only treatment for celiac disease is to completely avoid eating gluten. Common alternatives to gluten include brown rice, quinoa, lentils, soy flour, cornflour, and amaranth.

Crohn’s disease is part of a group of digestive conditions called inflammatory bowel disease (IBD). Crohn’s most commonly affects the terminal ileum, which connects the end of the small bowel and the beginning of the colon, but it can affect any part of the digestive tract. As many as 780,000 Americans may be affected by Crohn’s, according to the Crohn’s & Colitis Foundation (CCFA).

Doctors aren’t sure what causes the disease, but it’s thought that genetics and family history may play a part. The most common Crohn’s symptoms are abdominal pain, diarrhea, rectal bleeding, weight loss, and fever. “Treatment depends on the symptoms and can include topical pain relievers, immunosuppressants, and surgery,” Dr. Bamji says.

Ulcerative colitis is another inflammatory bowel disease that may affect as many as 907,000 Americans, according to the CCFA. The symptoms of ulcerative colitis are very similar to those of Crohn’s, but the part of the digestive tract affected is solely the large intestine, also known as the colon.

If your immune system mistakes food or other materials for invaders, sores or ulcers develop in the colon’s lining. If you experience frequent and urgent bowel movements, pain with diarrhea, blood in your stool, or abdominal cramps, visit your doctor.

Medication can suppress the inflammation, and eliminating foods that cause discomfort may help as well. In severe cases, treatment for ulcerative colitis may involve surgery to remove the colon.

Is your digestive tract irritable? Do you have stomach pain or discomfort at least three times a month for several months? It could be irritable bowel syndrome (IBS), another common digestive condition.

An estimated 10 to 15 percent of people worldwide suffer from irritable bowel syndrome, and of that percentage between 25 and 45 million people live in the United States, according to the International Foundation for Functional Gastrointestinal Disorders. Signs of IBS can vary widely: You can be constipated or have diarrhea, or have hard, dry stools on one day and loose watery stools on another. Bloating is also a symptom of IBS.

Friendly bacteria, such as the probiotics found in live yogurt, may also help you feel better. Stress can trigger IBS symptoms, so some people find cognitive-behavioral therapy or low-dose antidepressants to be useful treatments, as well.

Bright red blood in the toilet bowl when you move your bowels could be a sign of hemorrhoids, which is a very common condition. In fact, 75 percent of Americans over age 45 have hemorrhoids, according to the NIDDK.

Hemorrhoids are an inflammation of the blood vessels at the end of your digestive tract. They can be painful and itchy. Causes include chronic constipation, diarrhea, straining during bowel movements, and a lack of fiber in your diet.

Small pouches called diverticula can form anywhere there are weak spots in the lining of your digestive system, but they are most commonly found in the colon.

Mild diverticulitis is treated with antibiotics and a clear liquid diet so your colon can heal. A low-fiber diet could be the cause of diverticulitis, so your doctor may direct you to eat a diet high in fiber — whole grains, legumes, vegetables — as part of your treatment.

If you have severe attacks that recur frequently, you may need surgery to remove the diseased part of your colon. 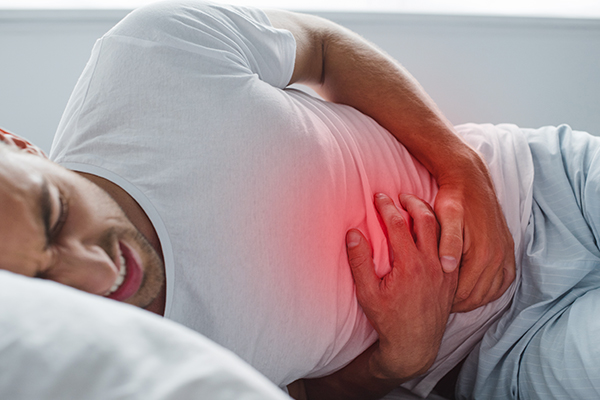 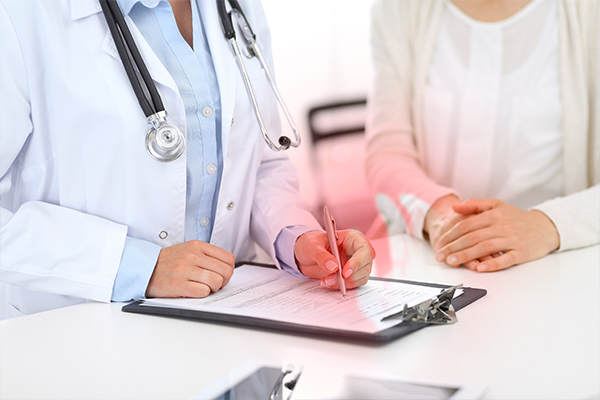 At Gregory J. Wiener, MD, P.C. , we provide the highest quality other care to all our patients. Schedule your appointment today.

We've copied your review, after you click 'Publish' please paste your review by selecting 'ctrl' + 'v' into the review comments section.